Our parents and grandparents are the authority figures when we’re young. They are the people we look up to, the ones we seek out for guidance. In my eyes as a child my parents were indestructible – they were never wrong (mostly because they would never ever admit to being wrong), they always knew best, and they were always there to take care of my sister and I. They never ever failed at this last one, come hell or high water, we were very fortunate to be surrounded by parents and grandparents that were ALWAYS available when we needed them, and were always championing for us.

Then, one day the roles shift– it’s not as simple as a parent-child relationship. You grow up, and you start to take care of your parents and grandparents in ways that they didn’t need you to before. It’s an honour to be able to give back in that way, it’s an equalizer too. It makes me feel more grown up, more responsible, like my opinions matter and can affect these adults that were once infallible in my eyes. But, it’s also difficult, especially when the dynamic shifts drastically, and the scales are no longer even – adult to adult – but have rather shifted to child taking care of parent (or grandparent). That’s when the heroes start to really need you.

It started with my grandmother.

I couldn’t believe that this strong, beautiful, and self-sufficient woman was now only a shadow of herself. How could it be possible that the person who helped raise me up, take care of me, brush away the fears, the one who would hold and kiss me, wasn’t the one that I was looking back at. Nothing but a vacant stare remained, I was lucky if she would smile, sometimes even luckier if she would respond in one-word answers after having me whisper the question directly into her ear. Was she still in there, or was she really gone? Her mind had been ravaged and deteriorating as a result of dementia, the many tiny strokes slowly taking away the woman I once knew. When did our roles change? When did my grandmother no longer become the person who cared for me, but the person who needed her daughters and granddaughters to parent her in turn?

It didn’t happen suddenly – it was a thing of progression. When she decided to leave her husband of many years (thank god – that’s a story for another time), and move out on her own she was still rather self-sufficient, but I was old enough to offer the kind of support I never could have as a child. I helped her shop for furniture, set up her apartment, finally start to pay back all the love and support that she had so willingly bestowed upon me. I was an equal in my eyes.

My grandmother was the kind of woman who never raised her voice, never had a negative comment for us, and was always supportive of all of our crazy ideas. I was happy that I could help her start a new life. It wasn’t until a few years later that the first stroke occurred. After that it was an uphill battle that we never won. That’s when the scales shifted – that’s when we became the parents.

At first, she needed more help around the house, then she needed help eating her food. Eventually she became a flight risk and couldn’t live on her own anymore – that happened when she was found wandering around the local mall, no shoes, phone, or house keys on her. The woman I knew, the woman I had relied on for so much of my childhood, was leaving me – even though her body was very much still there.

I know that it’s the cycle of life – that eventually the children become the parents to those who were once the parents themselves. I get that, and don’t get me wrong, I was more than willing to play the role, as I’m 100% sure my mother and aunt were, but that doesn’t make the process any easier. It’s a very debilitating thing – on both ends. I could see the frustration in her eyes when she had lucid moments and realized that she couldn’t do things she used to on her own. A fiercely proud and independent woman, I think this was the hardest part for her. For me, all of it was hard. Where she may not have been there mentally to see and realize what was happening, I very much was. It was a shift like no other, and even though she’s been gone for a year and a half now (may she rest in peace), the woman I knew was gone long before her body left this earth. Not a day goes by that I don’t miss her. Not a single day.

This week has been a difficult one as I’ve seen the way that age has affected another one of my family members. I don’t want to see the people that I love slowly float away from me, even if that is the circle of life. Expecting it, knowing that eventually it happens to everyone, we all get old, we all ail in some way, doesn’t help accepting or preparing for it in the slightest.

I’m fortunate that I have grandparents, hell I’m fortunate that I have parents, and it’s an honour and a privilege to one day be able to take care of them. So, don’t misunderstand me – I don’t consider this a burden, I consider myself very lucky to have people that have cared for me and that will be cared for by me in turn, it’s just something that’s difficult to come to terms with. The simple notion that these strong, independent people, the ones I looked up to, the ones that were infallible, indestructible, are in fact very much human, very much fragile, and very much breakable is a very heavy cross to bear. I just love them all so much.

2 thoughts on “Parenting Our Parents”

On the Subject of Me 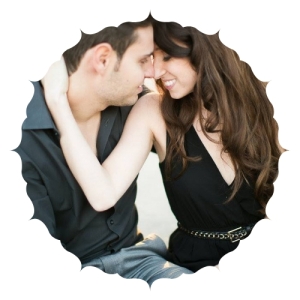 I’m not just a parent with an Anxiety Disorder, I’m a really damn good Mom. Or so I keep telling myself daily. Join me as I try to figure out what works on this wild ride of coping and parenting.

On the Subject of Me

I’m not just a parent with an Anxiety Disorder, I’m a really damn good Mom. Or so I keep telling myself daily. Join me as I try to figure out what works on this wild ride of coping and parenting.